This paper originated as an outburst of bad temper that I allowed myself at a workshop in September 2002. I am deeply grateful to David Boadella, who was teaching the workshop, for encouraging me to put it on paper. It has been published in Energy & Character 2003, 32: 60-62, and in the German version in Energie & Charakter 2003, 27:15-19.

At a recent discussion on the psychotherapy of trauma, a colleague raised the following, rather baffling point: Neuroscience has shown that the brains of traumatised people are damaged (de Bellis 2002; Hull 2002). Assuming that brain damage is irreversible, how can we attempt to do therapy with such clients, when they are obviously doomed to carry these wounds to the end of their lives?

It seems to me that this line of reasoning makes a number of assumptions about the relationship between brain and mind that need clarifying. I want to offer some of my thoughts about this.

I think it is important to be clear what we are talking about. It is particularly important to distinguish between structure and function of living organisms and their constituent parts. The brain is a structure. It has a particular shape, a particular chemical and cellular make-up and so on, all of which have been characterised in great detail. On the other hand, the mind is a function. It is the part of us that experiences life, consciously and unconsciously. And it is, I suspect, a function of the whole organism. It is not a function of only the brain. In the first place, the functioning of the brain depends crucially on sensory input and motor output via the spinal cord and the peripheral nerves. ‘Mind’ probably involves a lot more, such as all the interactions with the endocrine and immune systems, and quite likely every other part of the human organism.

One of the beliefs of molecular biology is that every functional change, every event that we experience, is accompanied by and represents structural change in the organism. Biologists moreover believe that if we elucidate the structure of a biological system, we will automatically understand its function. Unfortunately, this second assumption is rather tricky in the case of something as highly developed as a human organism. To try and think the details of even a simple experience in the entirety of the molecular events involved is quite beyond anyone’s intellectual capacity. We all therefore like to simplify things and resort to assigning particular functions to particular structures, and eventually start to confuse structure and function.

This notion that the mind can be mapped onto the brain, rather like a phrenologist’s head, so that a particular region of the brain is assigned to a particular mental function, is a very attractive one. It allows us to think about the mind and nurture the fantasy that we understand something. For instance, the ‘tripartite brain’ theory is a useful metaphor that helps us to make sense of the experience that some feelings are more ‘hardwired’ than others, less controllable by our will or our conscious thoughts. What we tend to forget in these cases is that emotions, thoughts, and behaviours are always events that involve the whole organism, and that express the functioning of the whole organism at this particular moment. There may be structures that are necessary for a particular function; but to assume that they are sufficient is rash. To stay with the above example: the frontal cortex may be necessary for higher cognitive functions, but it is hardly sufficient; higher cognitive functions require all the more ‘primitive’ parts of the nervous system as well as the frontal cortex (Damasio 1994).

It is nowadays feasible to look at the structure of the brain in a lot of detail, and to describe changes that take place in response to certain outer influences. Publications of such work typically describe heightened metabolic activity in certain structural parts of the brain when certain mental functions are performed. Sadly, authors of these papers often conclude that the function under study is localised in the highlighted structure. I want to emphasise once again that I do not think such conclusions are warranted. All too often it has been observed that if the structure in question is removed or destroyed, the function is still intact or can be recovered.

Changes in the brain

So what happens functionally in this structure, the brain? Neuroscientists emphasise the brain’s plasticity. This is a term that describes the re-arrangement, structurally and functionally, of connections in the brain in the service of preserving or re-establishing particular functions. It appears that there are many ‘silent’ connections between brain areas that can be rapidly activated following various sorts of changes to the environment or body. Perhaps the most famous example of uncovering of silent connections in the brain occurs following amputation, where the brain re-organises its internal map of the body to allow for this massive change (Flor 1995).

Generally structural changes are thought to occur at the connection points between nerve cells, or synapses. This is how memories are stored in the brain. Unfortunately some of these ‘memories’ are very long lasting and resist forgetting, that is the learning of new things that will override the original memory. It appears that nerve cells are not very easily reset. They are plastic but not necessarily elastic, where elasticity denotes an ability to bounce back to a previous state. Just to what extent such a bouncing back can occur is still unclear. It has also not been shown that the changes found in trauma survivors’ brains are indeed irreversible.

There is a great deal of evidence to show that actual damage to the brain, such as following a stroke, results in a mind that attempts to redistribute so-called lost functions (Hendricks 2002; Thirumala 2002). Here then is a picture of a nervous system that seeks to establish certain functions, and will do so by a particular pathway as long as this pathway is available. If it becomes unavailable, the nervous system will try to find another way to achieve the same end. Thus the structure-function assignments that are typically described in papers depicting brain scans could be understood to represent ‘default’ pathways for a particular function but not the only possible ones. Perhaps they are the most economical ways of doing a certain thing, but if the most economical solution is not possible, the mind will find another one.

How are we to picture this kind of process in terms of more subjective experience? I think psychotherapists have a pretty good idea already. We all know that we cannot simply ‘repair’ a problem that a client presents. If the client engages in a psychotherapeutic process, they will come out of it changed in innumerable ways, and will certainly not simply go back to being the person they were before the trauma that changed everything. I would regard the wish to go back to the way things were ‘before’ as a direct consequence of trauma, and I will always hold the awareness that this kind of ‘returning to baseline’ is not possible. The good news here is, of course, that if ‘repair’ is not possible, what is possible is a lot more: it is growth. In psychotherapy, a client’s wound can experience a profound transformation that I can only call healing.

If I reflect on my own experience of working through an issue, I have certainly never had an experience of going back to who I was before. Rather I have felt an increase in space around the problem, and a subsuming of the original hurt in something wider, an opening of new possibilities that have enhanced the flow and the meaning of my life, and a gain of inner peace. I am talking about experiences like the bone-deep comfort that comes from having another person witness the whole of my inner chaos; the warm, good feeling in my belly after saying what I really needed to say and being heard; the slow, relaxing accumulation of good feelings about myself; the delighted jolt in my heart when I discover the immense riches in the storehouse of all I never wanted to be… I like to think that others who have experienced good in-depth psychotherapy can resonate with this.

I propose that this transformational healing always involves a re-organisation of the whole organism to achieve a higher level of functioning: an increase in awareness of self, in personal maturity, in empathy for self and others. I suspect that this kind of process has to also represent a structural elaboration as compared with the baseline-state, an establishment of new pathways and connections to result in a more complex, more highly developed structure.

The Zhabotinsky reaction – an example of a simple chemical system that is microscopically chaotic but forms order on a higher, macroscopic, level.

By all of this I do not mean to imply that the organism’s adaptability and capacity for healing is infinite. Quite obviously, there are wounds that can never be healed completely. But what I do mean to imply is that there are likely no simple rules for predicting what is going to be possible and what is not. And personally, I think it is worth being optimistic – perhaps it is necessary for psychotherapists to be optimistic. We cannot function if we assume that a human being is like a car, which starts out new and shiny and then goes downhill, gradually falling to pieces. Human beings accumulate their life in wisdom, maturity, and ability to continuously re-orient themselves in a changing body and changing outer world.

I would like to make a distinction between repair and healing. Repair denotes a reversion of a change to restore the status quo ante, and healing denotes the re-establishment of function, or the establishment of a new function, as a result of a transformative process. Such a process I find hard to imagine as anything other than involving all parts of the organism, and I like to think of it as akin to developmental processes that are part and parcel of our lives if we seek to mature with some measure of grace. 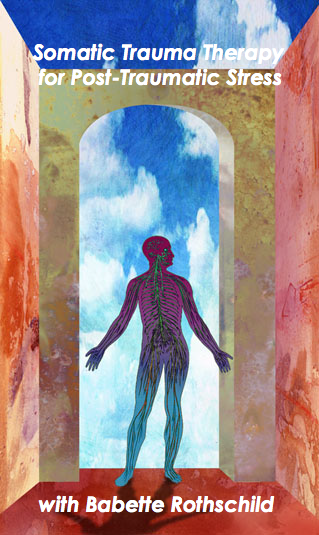 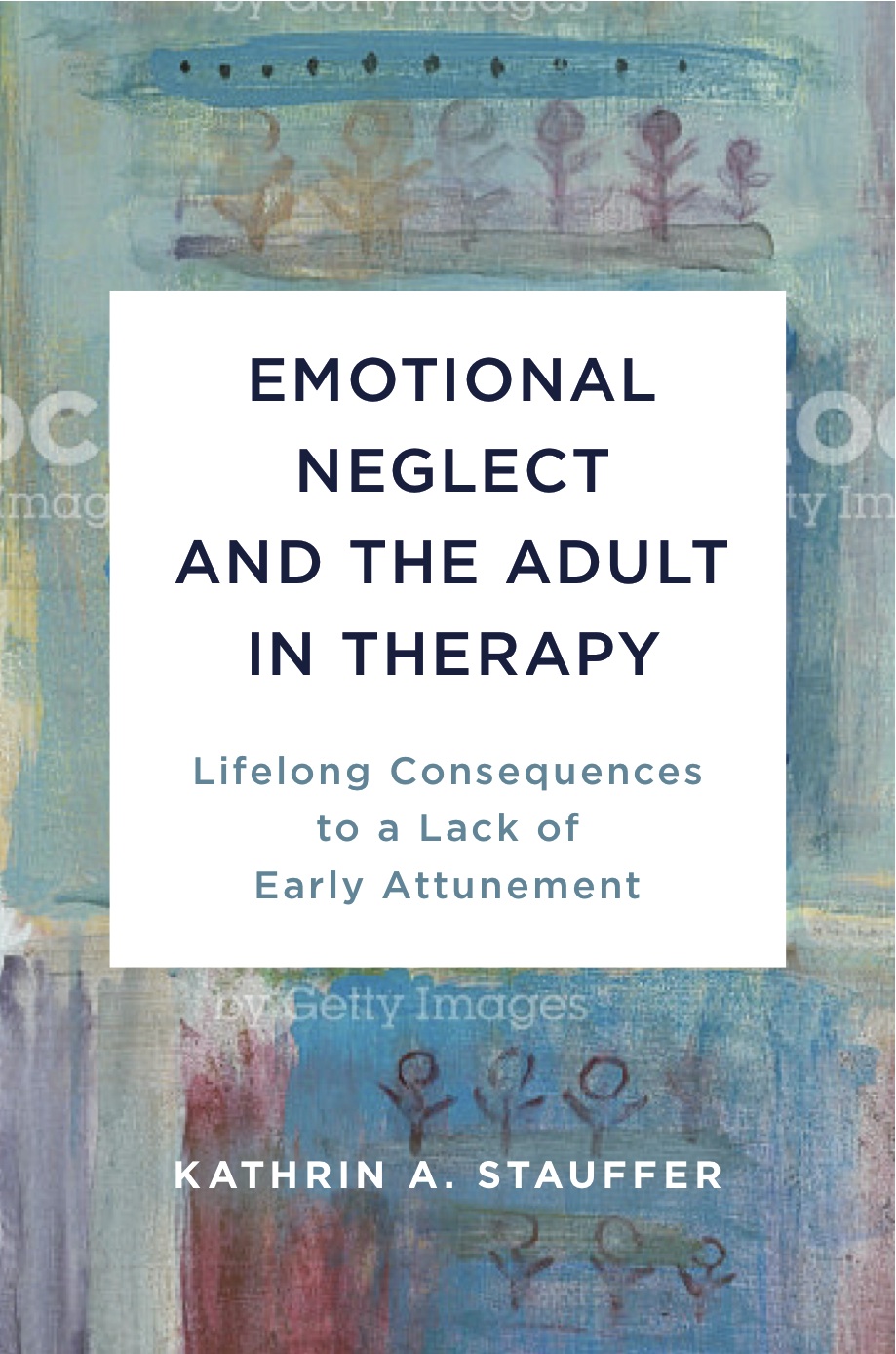 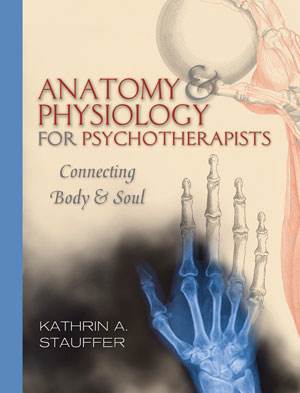